I hesitate posting political or controversial issues on my blog because, unlike my Facebook page, for the most part this place has become a channel for parents and teachers to come who support mindful parenting and education.  People who are frankly many of my clients.  People I respect and value and hope not to offend.

But, this blog has also always been a place for me to share my life and post about my family.

And the NYPD is *MY* family.

I come from a long, proud line of NYPD officers.  My grandfather came to New York from Ireland and became a police officer supporting his two boys, his niece and his wife by risking his life each day as a cop.  When my father and my uncle grew up, they too became part of the NYPD.  My dad put 27 years in protecting the citizens of New York City.  It took its toll on many aspects of his life but he loved his job and was damn good at it.

I too took the NYPD test when I was 17.  And when I was 21, I got called to duty.  At that time, I was a single mother and while the idea of continuing my family legacy and having a good job with wonderful benefits was tempting, I was not willing to risk my life each day for others – leaving my little girl with no mother so I declined.

I was not as brave as the men and women who walk those streets each day for you and I.

Now my two little brothers are both NYPD police officers.  I do not see them as much as I wish I did but my heart is with them every day that they go into work during this very difficult and dangerous time.  A time when officers are being spit upon, mocked and disrespected all over the internet and in on the streets.

What happened to the days that we would “thank an officer”?  How must it feel to give so much of yourself and be smacked in the face with such disrespect?

I remember as a little girl holding my dad’s hand while he was in uniform filled with pride that *MY* daddy was a hero who was brave and protected others from harm.  He wore that badge with pride and got up every day and went into work knowing at any moment he could be killed protecting people he didn’t even know.

When my mom was pregnant with me and he was off-duty, they went for an ice cream at a local Carvel down the road from my grandmother’s house.  He was so skilled at scoping out his environment and so mindful of what was going on around him that he noticed through the glass window, before they even went into the ice cream shop, that a burglary was taking place with two masked gunman.  My father, with a pregnant wife and newborn baby on the way… ran AFTER… not away from those two gunmen – off-duty. Capturing one and leading to another’s arrest.

What decision would you make off-duty with your family in a situation like that?

He didn’t blink.   He didn’t have TIME to think about what color they were, where they came from or what their story was.  He had to act… fast.

There is no way to know what goes through someone’s mind when they perceive that they may be in a life or death situation.  There is no way to know if the person they are arresting is just a petty theft or someone who is willing to shoot them point blank in the head in a second flat like the two officers we just lost sitting in their patrol car in New York.

And like the rest of the population, there are good cops and there are bad cops.  They are people and some people suck and some people are awesome.  There will be cops that deserve promotions and some that deserve ramifications.  But, MOST of the NYPD that gets up every day and goes to work protecting our communities are GOOD men and women doing their very best.

AND THEY DESERVE RESPECT.

Something that is the most confusing to me during all of this is this vibe being sent around of “Cops verses Black America”… what the hell is this?  The NYPD is as diverse as New York City itself!

You see, cops are not the opposite of African Americans.  They come in all colors, from all classes (many from the very areas they are protecting) and from different religions and sexual orientations.

And THIS is the whole problem with the negativity that has been slewed all over our television sets, radios and Facebook pages.

Whether or not Eric Garner’s death is something that you feel was not addressed with justice, you are being mislead.

You want racial equality and social justice?  So do I.  I want it for all of my girls, not just my biracial daughter.  I want them all to live in a world where we see one another for who we are not the color of our skin, who we date, what we believe or where we live.

You want measures in place to make sure officers do not harm the public intentionally?  I do too.  I support that and I want to be sure if I am ever arrested I am not harmed intentionally…but I also think in the line of work these men and women are in, we need to be realistic.  They are fighting real and dangerous battles and sometimes bad things will happen.

How do YOU know that officer was a racist?  And, if he was… don’t let it taint the images of the rest of the NYPD that protect you each day – remember 9-11? 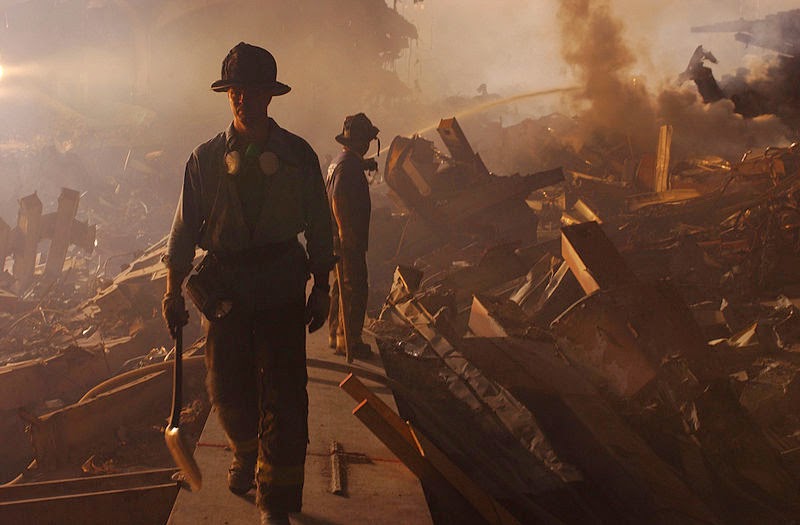 The thing you are not realizing is that you were mislead.  Mislead with your good intentions hoping to change the world for the better.  Even some of my closest loved ones were misled without realizing one very important fact:

The NYPD are YOUR brothers too.  Not just mine.

They are from your churches, your neighborhoods, your streets, your race.  They are your sisters, fathers, brothers, cousins, wives and daughters.  They are all of us.

Just like our country is not perfect, neither is the NYPD.  To create a feeling of distrust and hate for the very men and women who get up each day, risking their lives for YOU not knowing if they will come home safely is unacceptable.

Help create change without creating hate.  Look at where it got us this week.

You see, it is easy to jump on a bandwagon when you want to use it as a way to change the world.  I want that too.  But be careful what bandwagon you jump on…

because you may just be turning your back on your own brothers.

3 thoughts on “The NYPD are my brothers, and YOURS too…”