Skip to content
It was late in the fall when Fuzzy Caterpillar gave up. 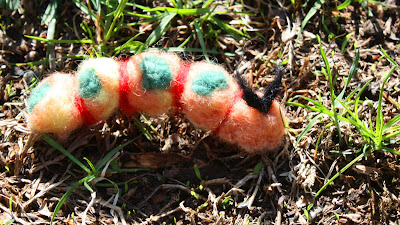 “I suppose this is the end of me,” he thought in his little round head as he tried to wriggle across the road and couldn’t because his back was so stiff. “Now I am an old man and I shall never see another summer. Good-bye.” And Fuzzy Caterpillar rolled himself up in a gray blanket and hung himself on the end of a dried twig. “This is the last of me,” he said once more as the dried little grub he now was rattled around in the cold.
All his beautiful furry coat was scattered to the winds. The path he had made in the dust grew narrower as it wound across the road. That was because Fuzzy Caterpillar had shrivelled as he crawled. Poor Fuzzy Caterpillar, who had so loved the outdoors!
The winter was white, and cold, and long. Then it was over, just as all winters are over at last, and Spring came. Spring came over the hills, in a pretty new green frock and with wild flowers in her hair. Sometimes she looked up at the sky, but oftener she looked down at the ground. Spring was looking for the little creatures that she loved so much; the tiny ants, the patient spiders, the cheerful beetles, and Fuzzy Caterpillar. 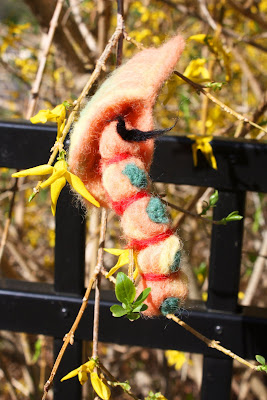 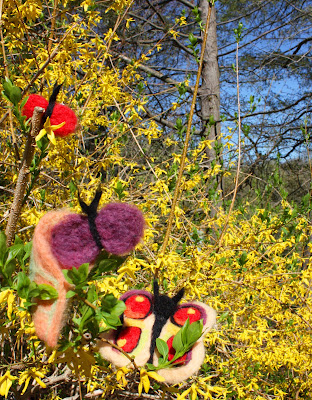 “Oh, no,” said Spring. “Fuzzy Caterpillar has come out.”
And this was true, for the gray blanket that hung from the twig was torn and empty.