Found in many health food stores, as well as in the kitchens of hippies alike, Kombucha is a tea which is made by fermenting sweet tea and healthy bacteria.  The bacteria and yeast (aka scoby) is the good kind that can aid in health.  Much like the probiotics in some yogurts are known to improve health by aiding in digestion and fighting “bad” bacteria, Kombucha is claimed by many to strengthen the immune system.

I’ve bought a good over-the-counter kind called Synergy Raspberry Chia on and off for a few years.  It’s pretty good but very expensive.  When my friend (who is health conscious like I try to be and also battling cancer) asked if I wanted to come and help her make a homemade batch of it I was intrigued, happy to help and of course thought it would make an excellent blog post 😉

There are many critics who indicate the health benefits cannot be proved and the dangers of brewing the tea at home outweigh the potential good stuff.  The tea must be brewed in very sterile conditions as to make sure that only good bacteria ferments and none of the bad stuff.  However, after doing some careful research of my own, I found that REALLY bad bacteria like E.Coli and and other scary crap does not survive in Kombucha.

Luckily my friend doesn’t play around and knows what she is doing.  We sterilized every single bottle, cap and made sure to wear gloves when working directly with the tea. 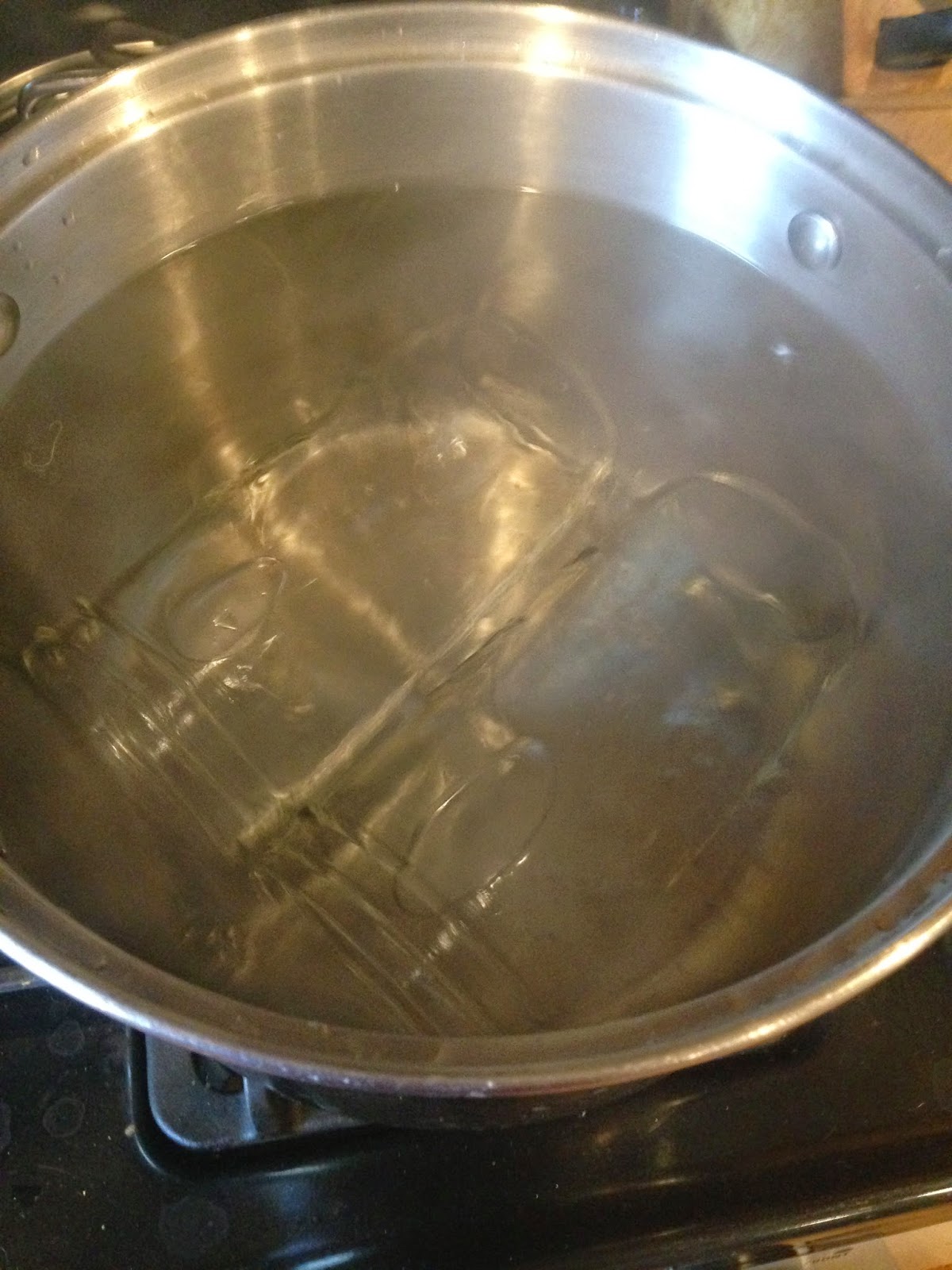 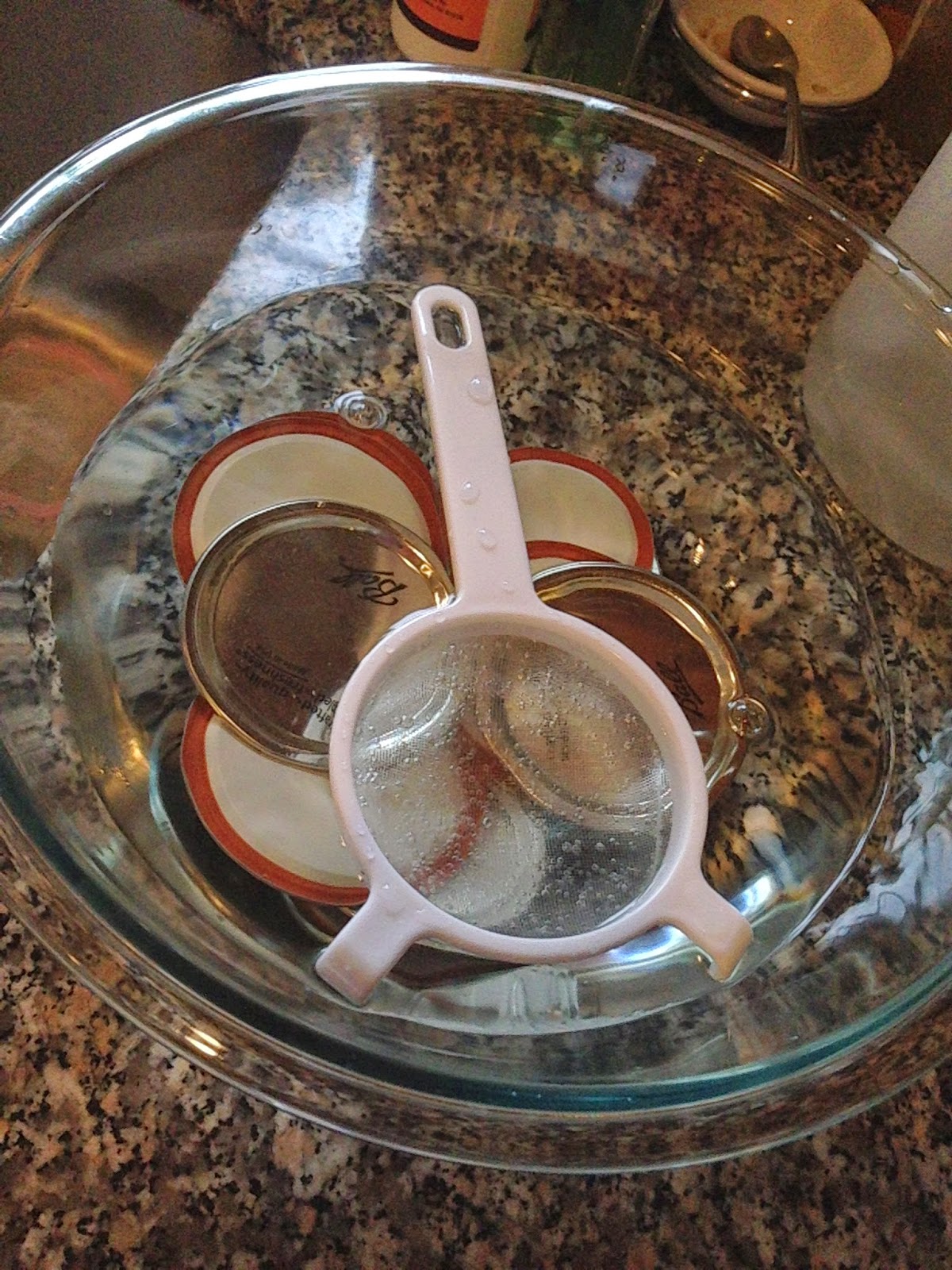 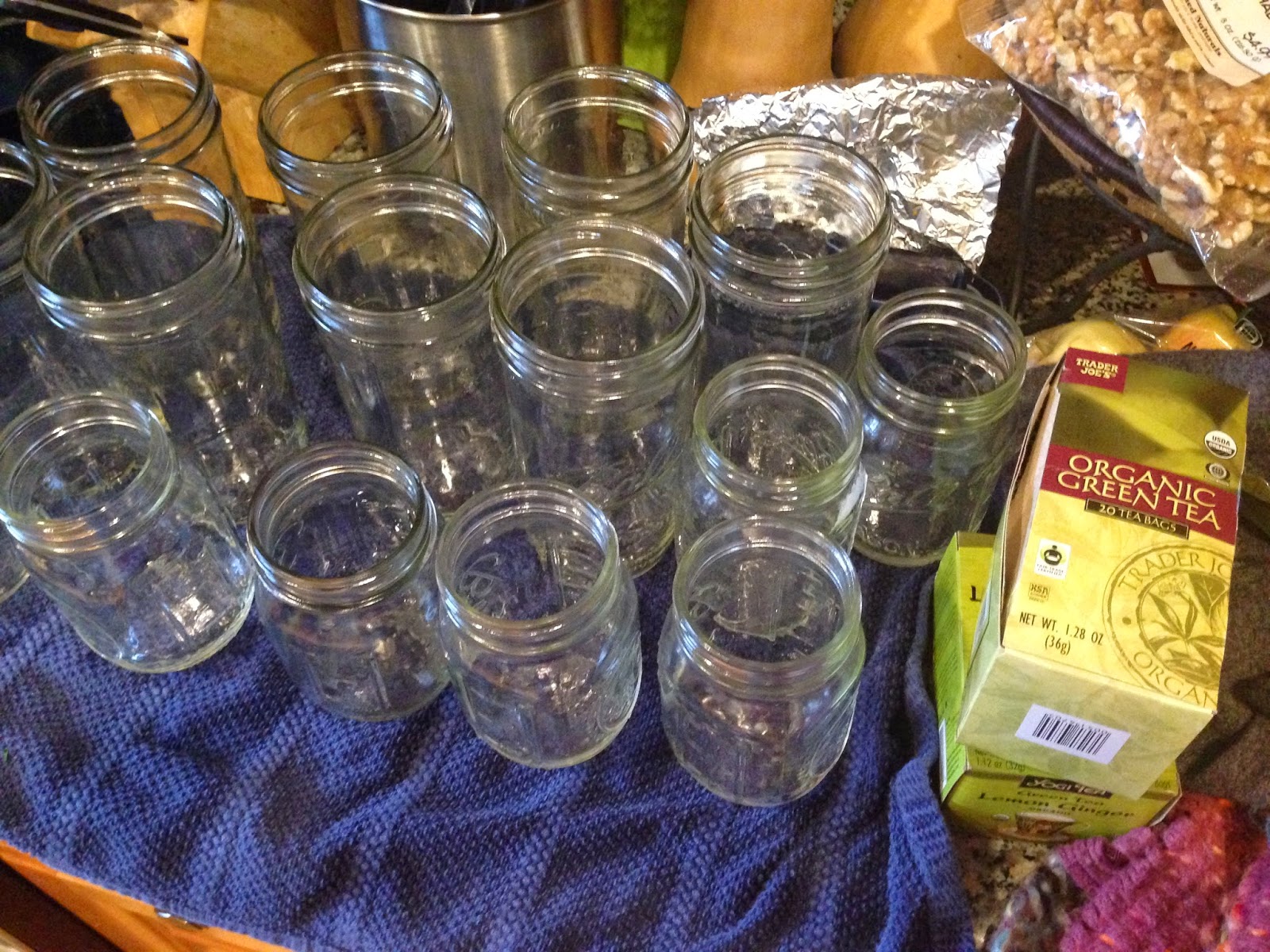 The SUPER gross part is of course when you see the Kombucha “Mother”.  This is the mushroom-like structure that the bacteria and yeast form.  My friend already had a batch of the tea brewing from a culture given to her from a nutritionist we know so we basically bottle up the fermented tea and put the mother in a new batch to ferment. 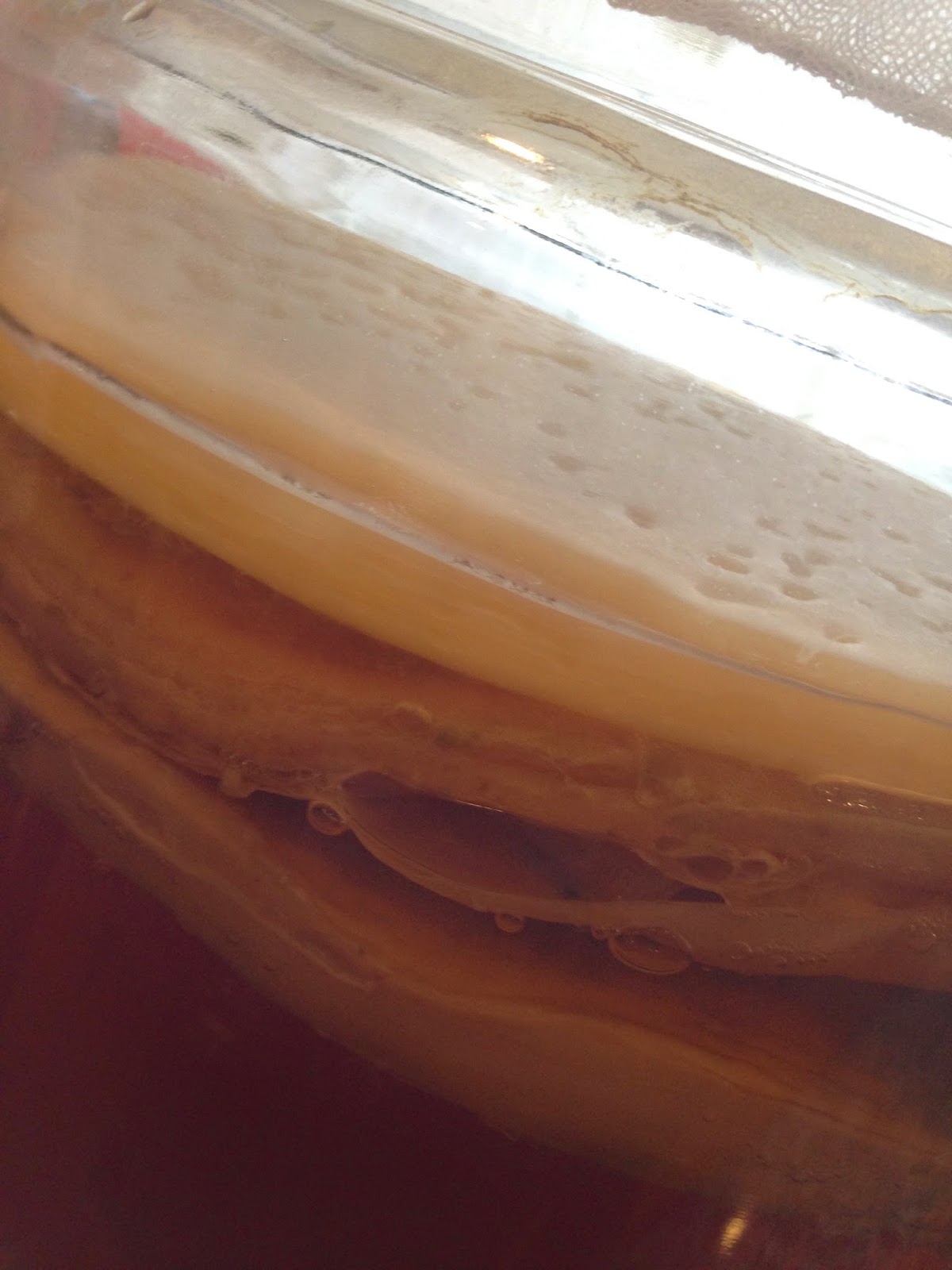 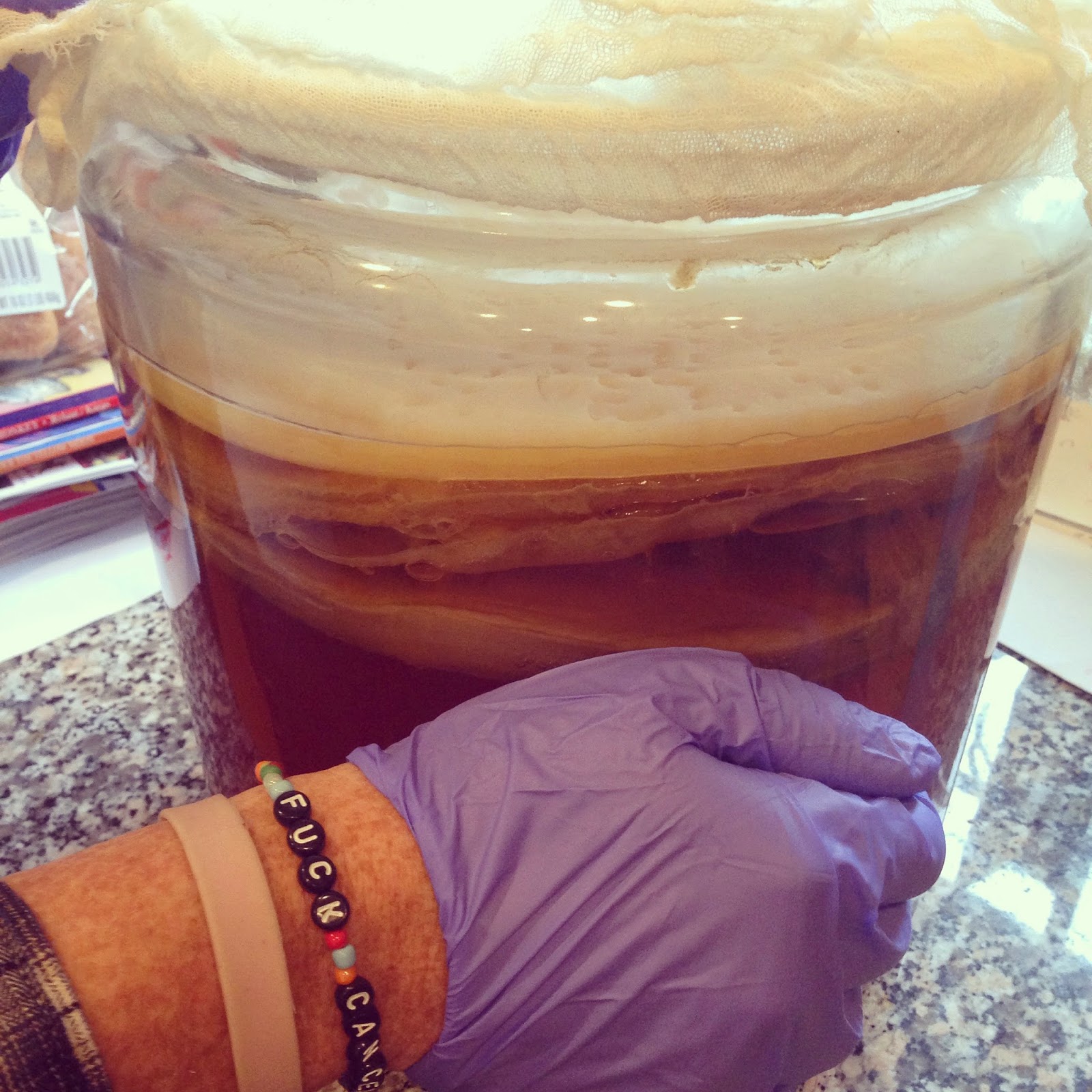 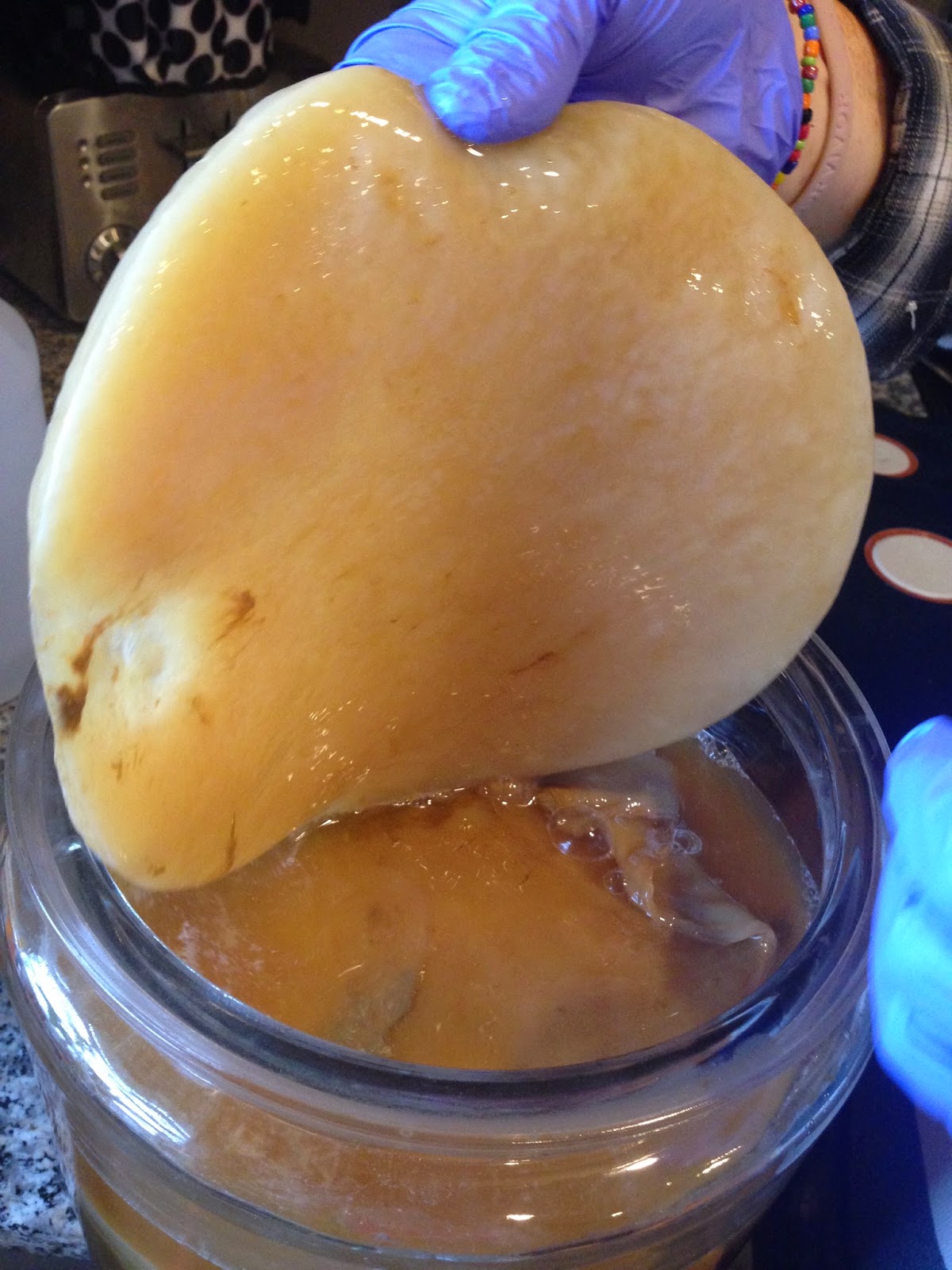 Yes it’s THAT nasty!
Enough to make you run home?  Luckily I’ve seen worse in my life so I was in it for the long haul. 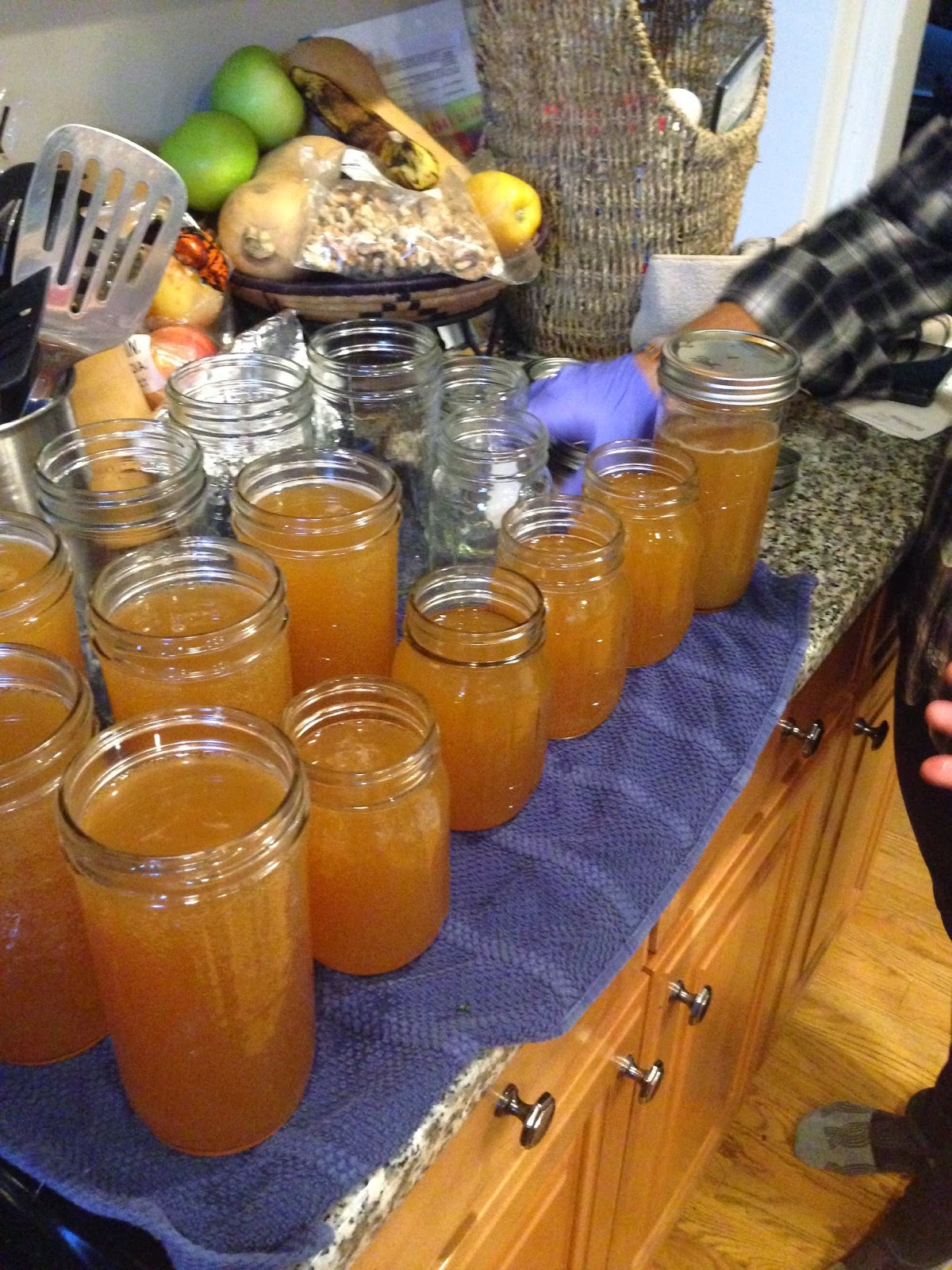 I’m not going to give you the instructions on how to make Kombucha as I don’t want to be responsible for any contaminated blog followers but it was a fun experience and now I’ve been sucked into the Kombucha cycle. 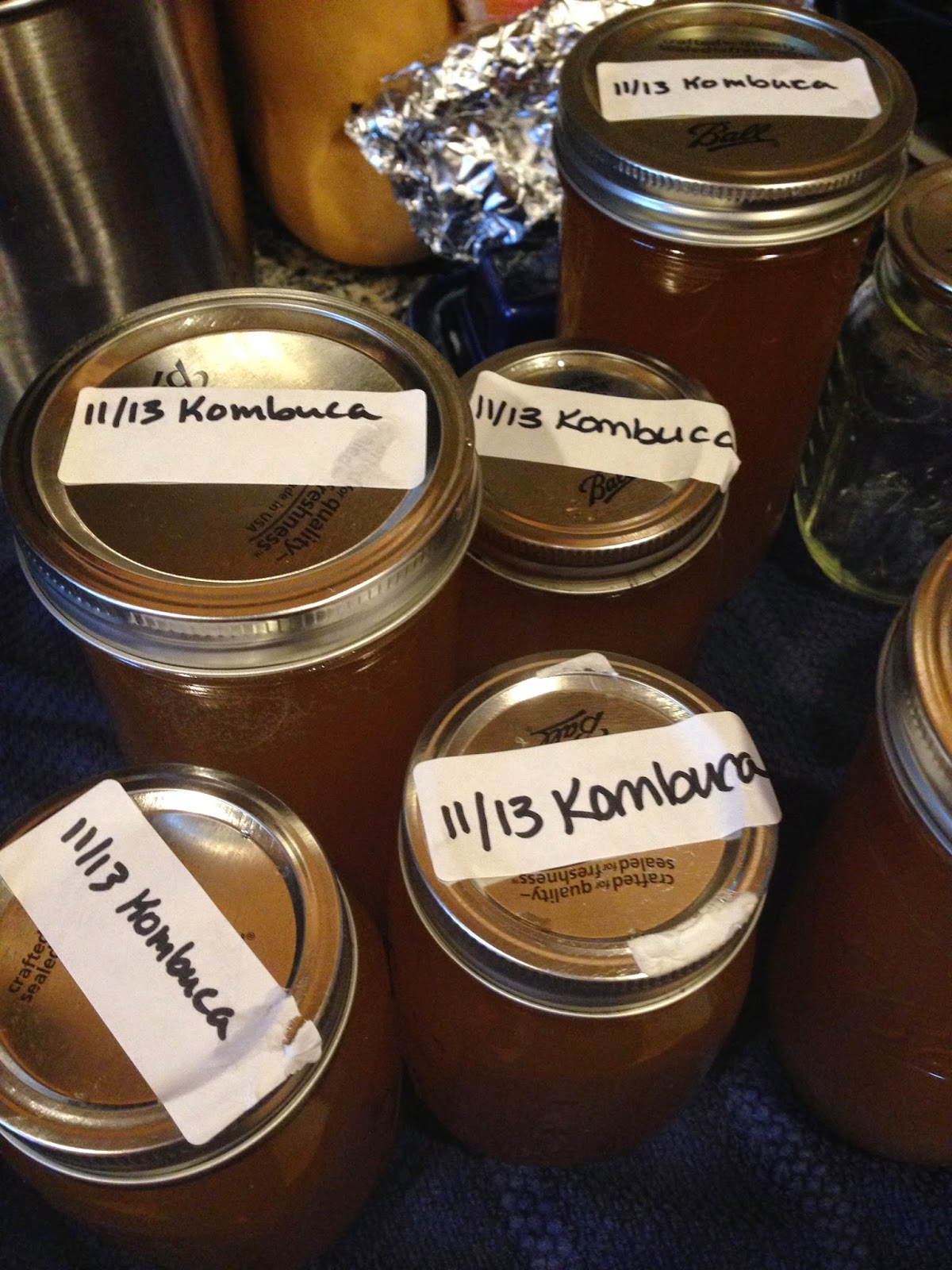 How many friends do you know who will share their Scoby with you?
So now we are sharing the Kombucha mother and taking turns brewing.  Every 10-15 days you repeat the process to keep a constant demand of Kombucha in your fridge.

Sadly, I think I’ll be the only one in my family brave enough to consume it but I added organic chia seeds and pomegranate juice and it tastes even better than the stuff I get at the grocery store and I didn’t pay a dime (thanks, friend) 🙂 My family is used to me bringing weird shit home like this.  They didn’t even flinch. 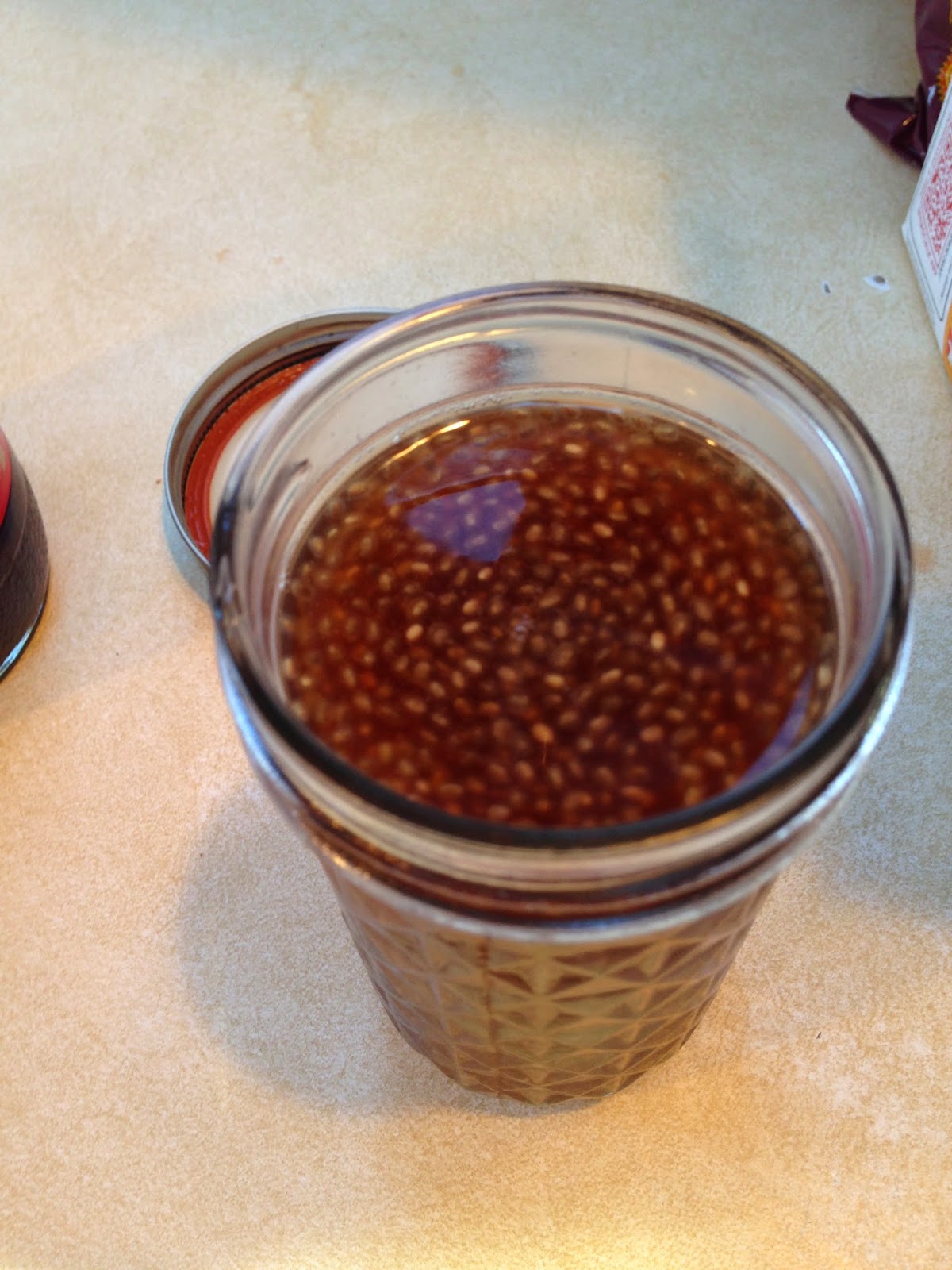