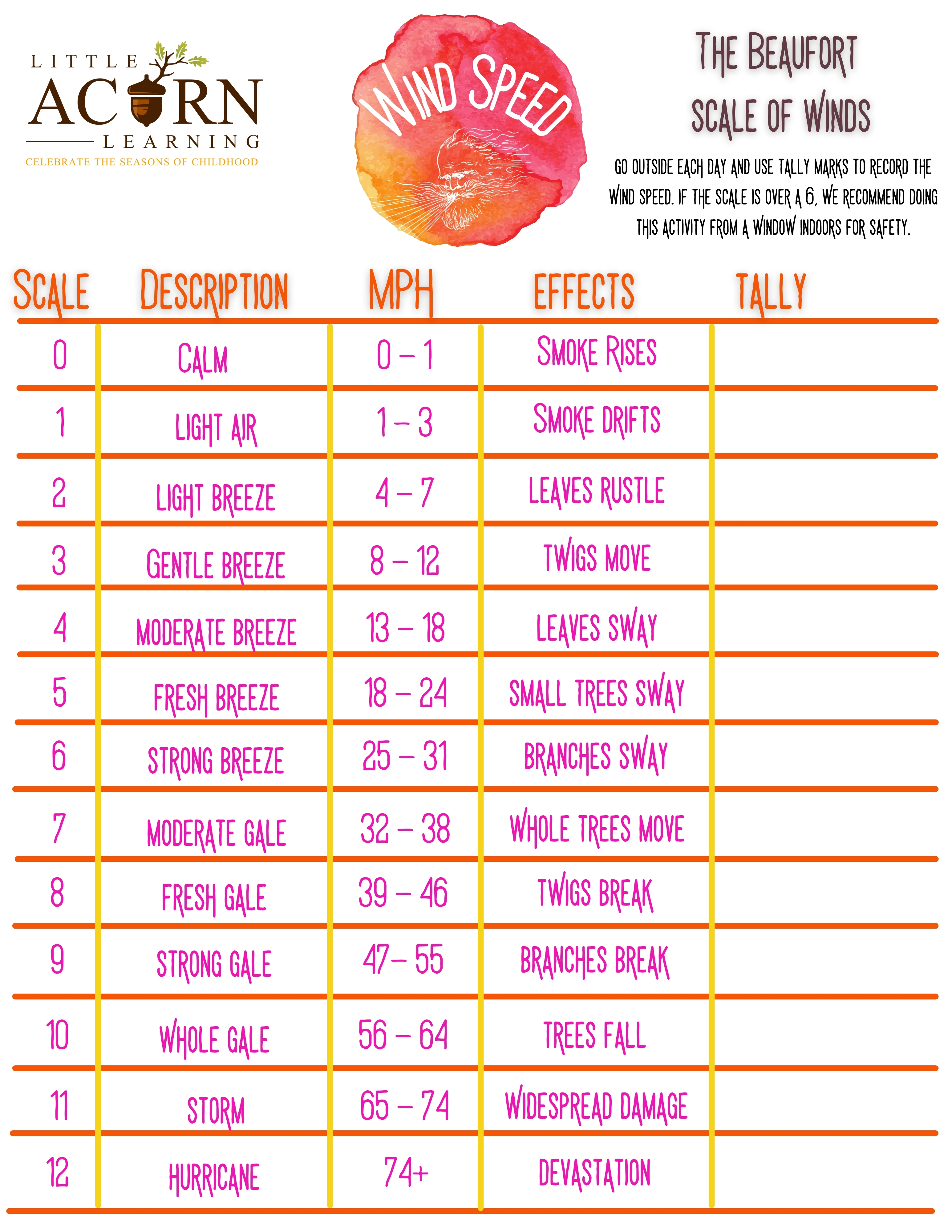 Observation is one of the ways we know that children learn best! Incorporate your tally charting by using the following scale to gauge the wind each day with your child for a series of days/weeks or even a month!